Hatea Whanau is named after the Hatea River, a significant land feature for Whangārei. It begins at the Waitaua Stream which originates just north of Kamo. It then flows southeast through Tikipunga and over Whangārei Falls, before flowing through Mair Park into the Whangārei Harbour. The name ‘Hatea’ derives from a type of pounamu/greenstone, a prized possession of Māori tupuna. Hatea has milky, creamy brown swirls through it, which is evident if you observe the river when the tide is coming in and out **

Hatea River was an important trading area for early Māori who set up temporary campsites from Pīhoi pā (where the present-day courthouse and Laurie Hall car park is) down to the riverside. Māori came from all over the north to gather their kai moana and trade. The river also provided water access for early settlers and traders. The ‘Town Basin’ on the Hatea River is the site of the original port where early exports included kauri gum and native timber, followed later by coal from Whau Valley, Kamo and Hikurangi.

**There has been debate among kuia and kaumatua about the original name of the river being ‘Hoteo.’ 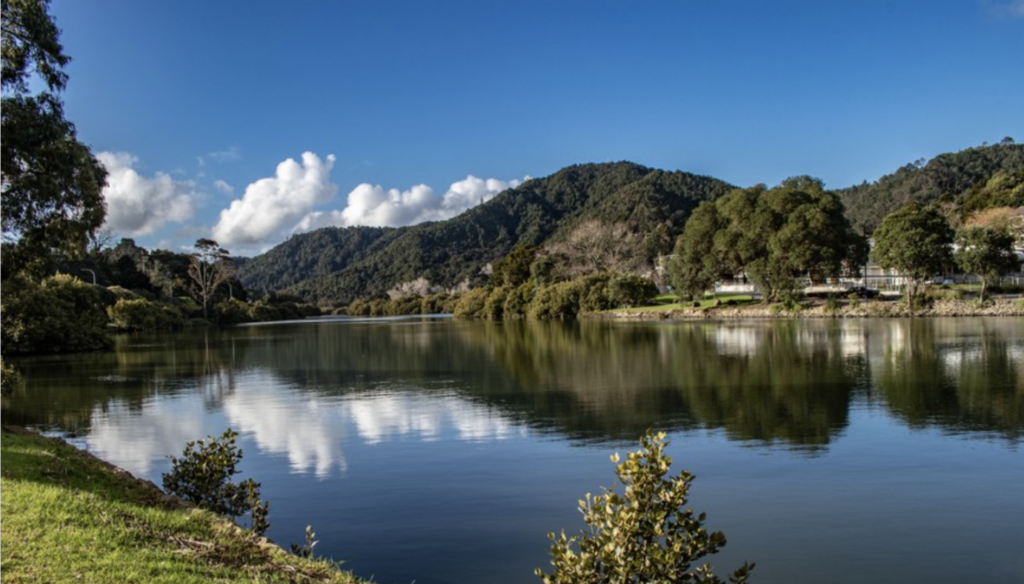