Manaia Whanau is named after Mt Manaia which rises majestically 420 metres above the Whangārei Harbour. Formed after a huge volcanic eruption, over 20 million years ago, Mt Manaia is the main ancestral mountain for the Māori tribes living in the Whangārei area, many of whom can trace their genealogy back to the great chief, Manaia. Manaia is one of the maunga of Te Whare Tapu o Ngāpuhi and marks the southeast border of the house of Ngāpuhi. The earliest tribe of the Whangārei harbour Ngai Tahūhū resided at Mt Manaia.

The songs and legends of Ngāpuhi and Ngāti Whātua tell the story of five brothers who were unhappy with their lives in Hawaiki. Under cover of darkness they decided to follow the path of the great explorer Kupe and travel to Aotearoa. At dawn, the mighty Atua took away their powers of motion, stranding them in their present resting places. Manaia stands guard at the entrance to Whangārei harbour.

According to another traditional story, Manaia is the tūpuna (ancestor) and rangatira (chief) of many iwi and hapū in the Northland region. Legend also explains that the rocky outlines at the top of Manaia are the frozen shapes of the chief Manaia, his wife, children, and a slave called Paeko. An argument between Manaia and his slave erupted and they threw magical incantations at each other turning everyone to stone. 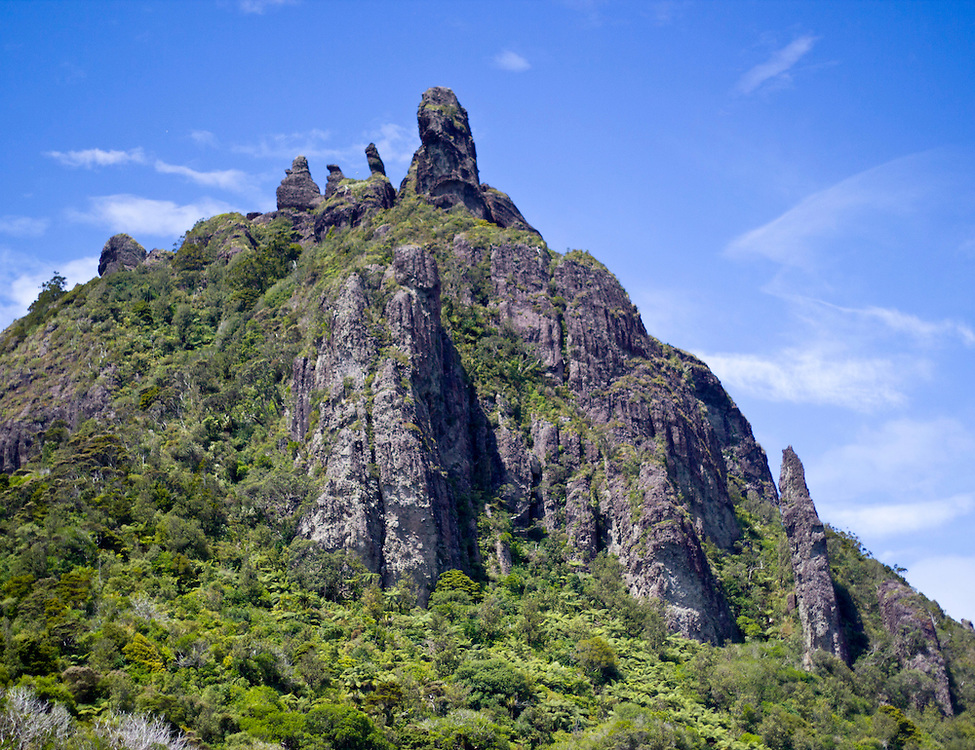